It’s no secret that the Brits are big fans of American Football. Not coincidentally, the NFL has scheduled games in the UK since 2007. The games have been played exclusively at Wembley Stadium up till 2015. There will continue to be two NFL games a season at Wembley, until at least 2020 when the current deal expires. For the 2016-2017 seasons, there were also games played at Twickenham Stadium in London. From 2019-2027 games are scheduled at shiny new £1 billion, (Roughly $1.14 billion USD), Tottenham Hotspurs Stadium, where the New Stadium smell is still strong. 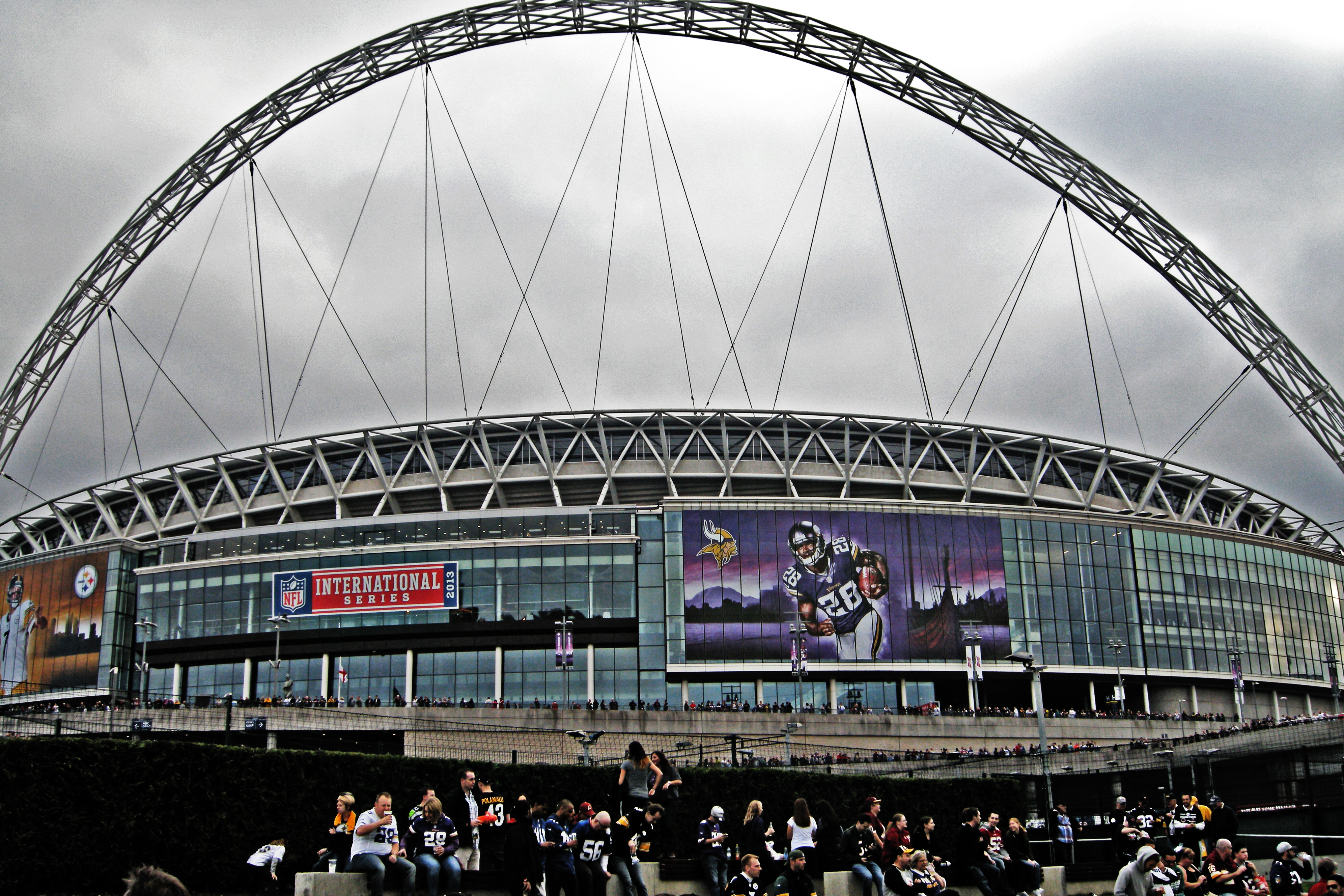 Why is it built this way?

It appears clear that the Tottenham Stadium was built very much like the new NFL Stadiums going up in the United States. It appears to be a very safe bet that this was done in anticipation of the UK possibly getting their own NFL Club. It also makes one wonder if the NFL and entities of the UK Stadium’s interests haven’t had behind closed doors discussions concerning the NFL expanding to the UK if a suitable NFL like stadium were to be built. It seems very doubtful that such a big thing like the design of a stadium would be done just to lure visiting NFL clubs to play two games a year there when there were already two London Stadiums doing so.

Is this purely a gamble, or part of something hatched closed door?

There seems to be a planned venture to lure the NFL there on a permanent basis, and big money usually isn’t thrown to the wind on maybes. In my opinion, when and if an NFL expansion is officially back on the table, England will be granted a team to play at Tottenham Hotspurs Stadium. I surely wouldn’t want to pay the bills for game travel, but to each their own. At this time, it appears an NFL team in the UK would be an overwhelming success; this, of course, based on the support for the games played there annually by visiting NFL clubs. Surely a team that London/UK could call their own would be even more of a draw and an almost risk-free venture. “If you build it, he will come.” It’s built, and bets are in the not too distant future, he, (In this case he, being an NFL team), will come.

*Quote from the 1989 Kevin Costner film, Field of Dreams.

*Thanks, and credit to Wikipedia for the dates and venues of NFL contracts in the UK.

CHECK OUT OUR PARTNERS @ ALL THINGS BUCCANEERS!

CHECK OUT OUR BUCS LIFE BLACK OUT T-SHIRTS

CHECK OUT OUR GUYS OVER @ TAMPA 2 PODCAST