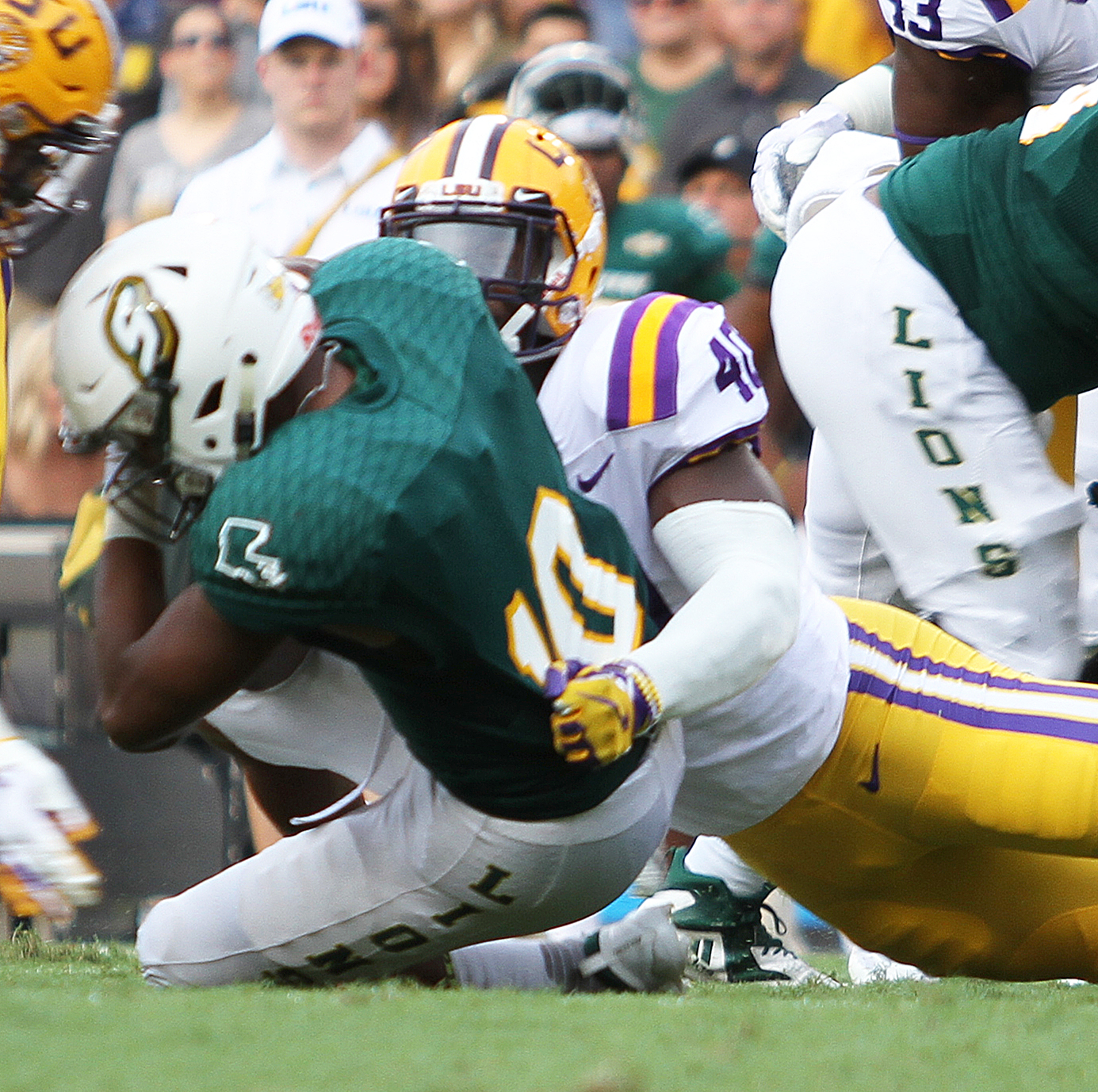 White is the most pro-ready linebacker in this draft and my opinion, one of the top 5 players in this draft. With the top 2 players being taken in the top 4 picks, Nick Bosa and Quinnen Williams, White should be the Buccaneers pick at 5.

White is a rangy linebacker with above average cover skills and incredible ball-hawking instincts. He has been compared to guys like Patrick Willis and Ray Lewis. If this kid is on the board at 5, the Bucs should take him. I believe he has the intangibles to become an all-pro player for years to come as well as become the vocal leader on and off the field that Tampa Bay desperately needs as a franchise.

At 6′ 237 lbs, White ran the 40 in 4.42 seconds and he put up 22 reps on the bench press. White is fast, has a 39.5 in. vertical jump, and a 118-inch broad jump. White is a guy that can solidify any linebacker position need on the field, but he is likely better suited for the middle. Quick pursuit, easy for him to close gaps. Strong body frame, great for tackling. He is a raw talent and plays unorthodox often, but always manages to find himself around the ball. He is quite impressive when heading through gaps into the backfield and often makes the play when doing so. Red flags for us are that he is easily fooled, can be made to play out of position, has a hard time reading plays often, has a hard time disengaging off of a block, and plays a little too loose at times. If White is out of position or behind, he has a hard time catching up or making a tackle.

With the Bucs second-round pick, being almost as important as their first, I go with Chris Lindstrom out of Boston College. He’s been my favorite offensive line prospect to study in this draft as well as a perfect fit for our football team.

His attitude, his versatility, and his toughness give our offensive line true identity. For our offensive line to go into the draft without an answer, Lindstrom answers all those questions as well as give our offensive line an attitude and swagger to complement our already talented skill positions. But there also other directions we can go with this pick. Whether it be in the defensive backfield position or at the corner position, I feel this would be a solid second-round selection.

At 6’4 308 lbs, this offensive lineman can be compared to Jason Spriggs. He ran a 4.91/40 and put up 25 on the bench. He has great hands, he is smart and will not fall into any traps, quick off of the snap. He has no shortage of strength or endurance. As far as we can tell there are really no red flags with this guy and he is easily a first-round talent.

With our third round selection, the Bucs take the ball-hawking, big-play safety Thornhill out of Virginia. The kid had gotten progressively better in each of his 4 years at Virginia, with his senior year posting extremely good numbers as well as leading his team with 6 interceptions. The Bucs did not have enough takeaways last year. His senior year, he really broke out and had his best games against the best competition; something that the Bucs need at this point, having playmakers on both sides of the ball.

The 6′ 205 lbs Safety can play corner as well. He ran a 4.42/40 and put up 21 reps on the bench press. He has the size, speed, and strength to play NFL safety. He has great field vision, quick to react to the ball, and great at reading the QB. He is fast enough to line up and cover tight ends. He has a quick burst and is able to close gaps quickly on a pursuit. The only red flag we see is that his frame is a little on the small side, but his strength allows him to make the open field tackle easily. The one thing that he excels in is coverage, and he is great at taking the ball away from a would-be receiver.

ON THE CLOCK! Week 3: Bucs vs. Packers